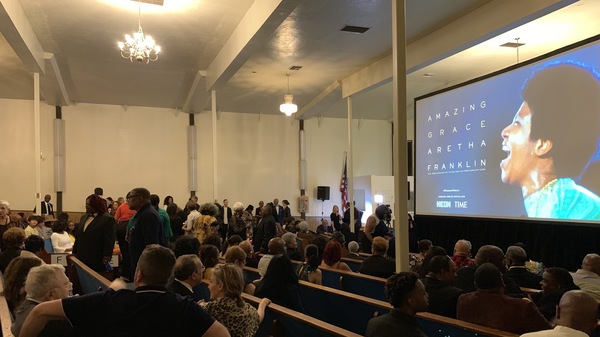 In 1972, the Queen of Soul recorded a live album at the New Temple Missionary Baptist Church in LA. After her death, the film has been released and was screened at the same church it was filmed.

Source: npr
Aretha Franklin's 'Amazing Grace' Gets LA Premiere In The Church Where It Took Place

Lee Gamble dives back into the “semioblitz” on new album Exhaust

15000 French websites in one place!
www.france-annuaire.biz